For subsonic flows, the air density remains nearly constant and decreasing the cross-sectional area causes the flow to increase velocity and decrease pressure. Similarly, increasing the area causes the velocity to decrease and the pressure to increase. We want the highest possible velocity in the test section. For a subsonic wind tunnel, the test section is placed at the end of the contraction section and upstream of the diffuser. From a knowledge of the conservation of mass for subsonic flows, we can design the test section to produce a desired velocity or Mach number since the velocity is a function of the cross-sectional area. On the figure, we note the changes in Mach number, velocity and pressure through a subsonic wind tunnel design. The plenum is the settling chamber on a closed return tunnel, or the open room of an open return design. 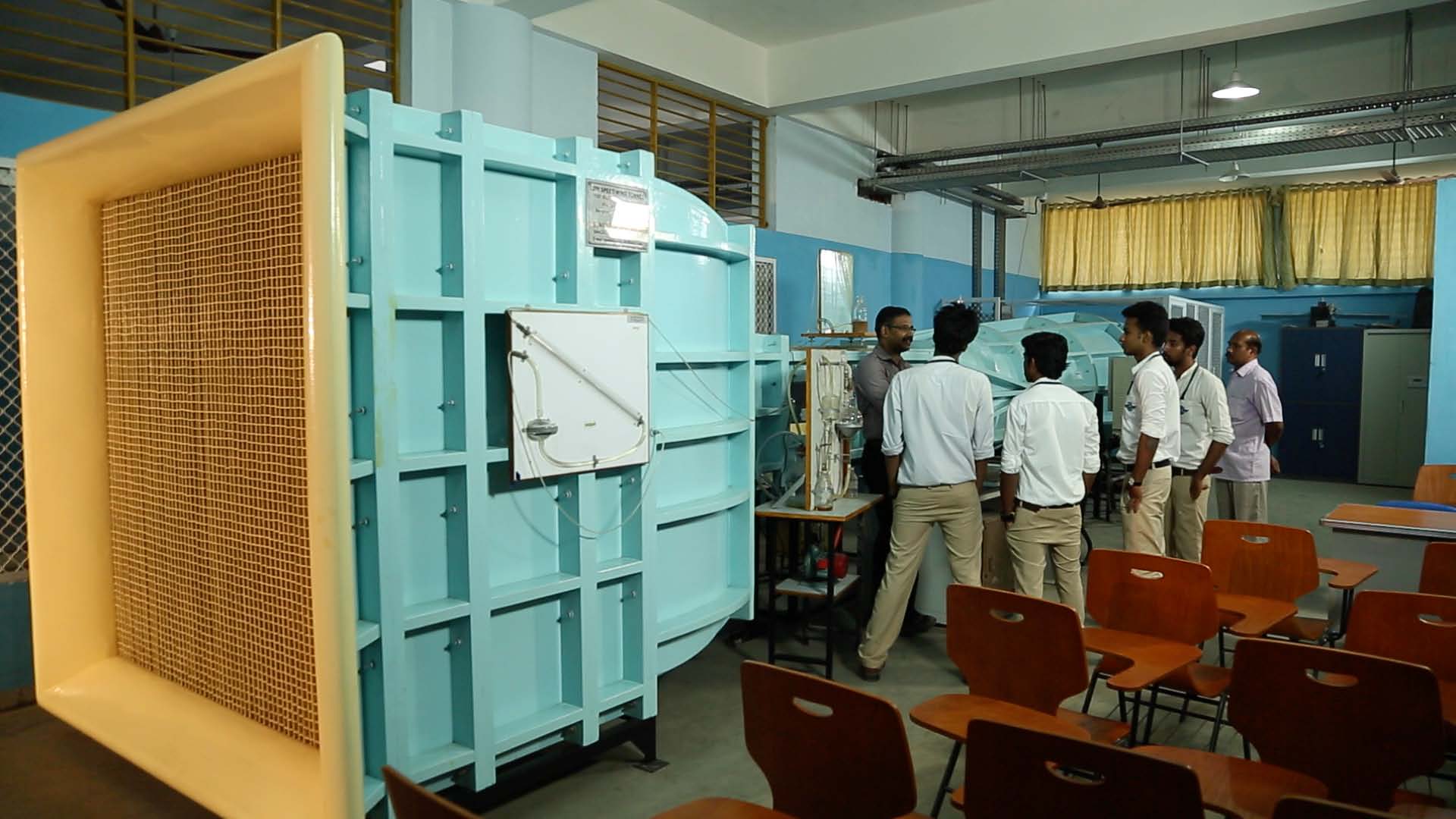 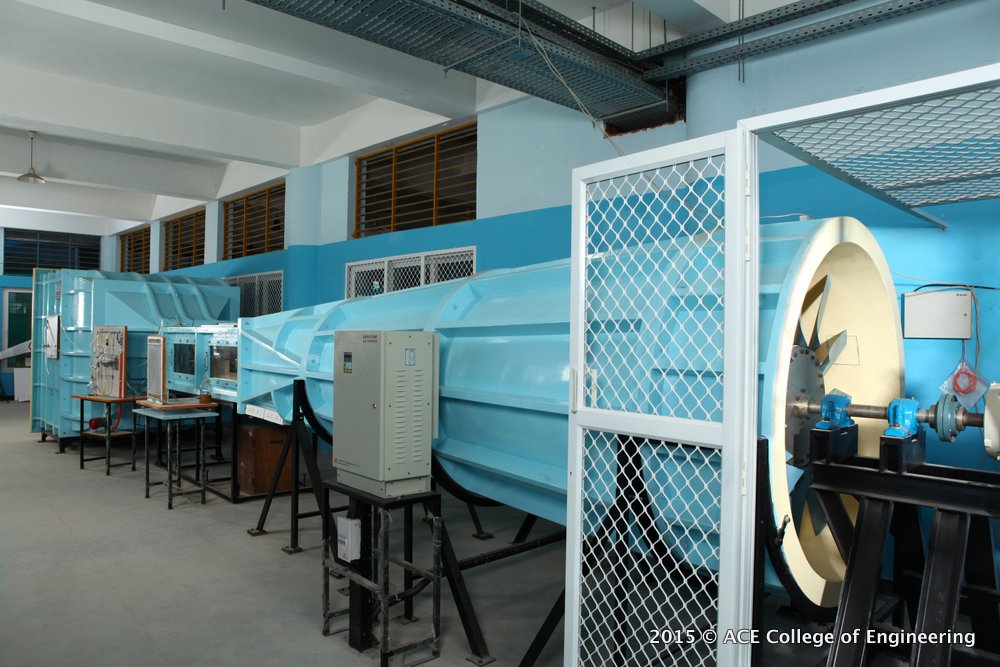 Department of Aeronautical Engineering of ACE has the LARGEST WIND TUNNEL among the Educational Institutions in Kerala.