Students can perform tests and find the flow rate of equipment like venturimeter, orifice meter, and notches and can calibrate them. Darcy’s as well as Chezy’s coefficient of friction for different pipes can be found out in pipe friction apparatus. The lab is equipped with centrifugal pump and reciprocating pump in which students can find out the performance test and efficiency at different operating conditions. 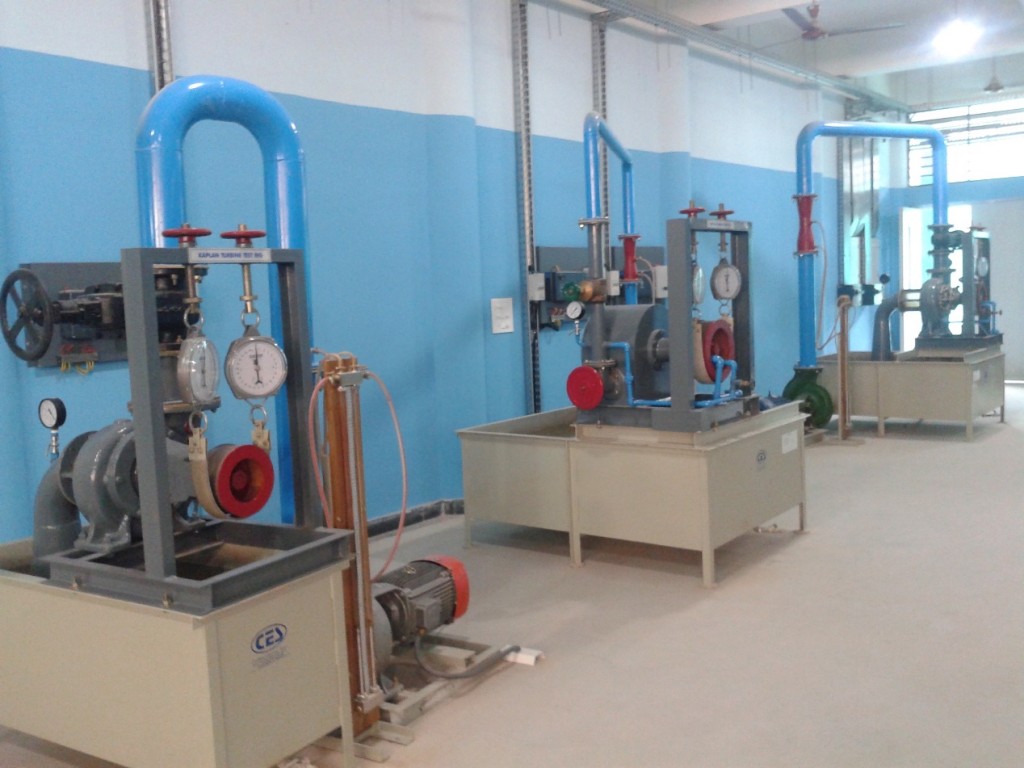 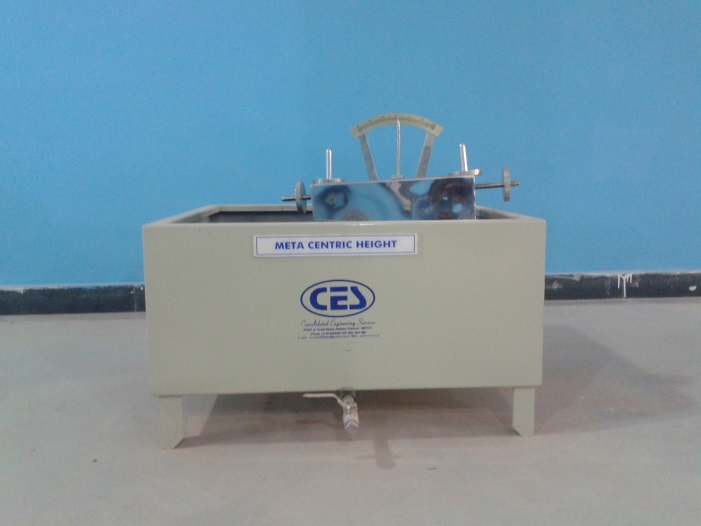 Metacentric height apparatus
The lab contains a Pelton wheel turbine test rig To study the variance of the power output and overall efficiency against discharge with the head retained as a constant at normal speed.

Francis Turbine, named after James Bichens Francis, is a reaction type of turbine for medium high to medium low heads and medium small to medium large quantities of water. Performance test and best guide vane angle test can be carried out in Francis turbine. Kaplan turbine
The Kaplan turbine is a propeller-type water turbine which has adjustable blades. It was developed in 1913 by the Austrian professor Viktor Kaplan, who combined automatically adjusted propeller blades with automatically adjusted wicket gates to achieve efficiency over a wide range of flow and water level. The Kaplan turbine was an evolution of the Francis turbine. Its invention allowed efficient power production in low-head applications that was not possible with Francis turbines. The head ranges from 10–70 meters and the output from 5 to 200 MW. Runner diameters are between 2 and 11 meters. The range of the turbine rotation is from 79 to 429 rpm.