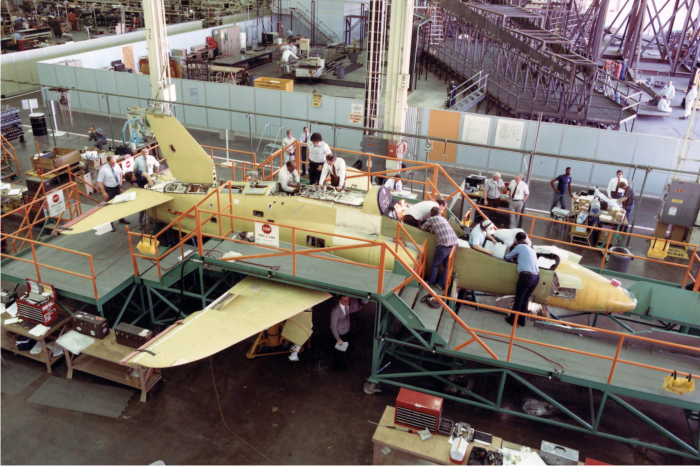 An Overview of Opportunities

Flying like birds! This ultimate proclamation of man’s innate urge for extreme freedom has been in his self from time immemorial. When the noted brothers in history, the Wrights, invented the first ever flying machine, it was a point of departure which decides a whole future of an existence. And, in the academic arena, it has sown a seed for another exciting area of study, the Aeronautical Engineering.

Since the inception of Aeronautical Engineering as a major subject, it has gone through various phases of transformation catalysed by power struggles, world wars and desires for dominance over the space. Now Aeronautical Engineering is interdisciplinary in nature controlled by both public and private undertakings. It comprises aerodynamics, propulsion, structural engineering, thermodynamics, control and avionics, rocketry and space technology. Transcending the aerial limits has always been in the soul of human race. This dream has come true in 1957 and it sew another seed of academic branch, Space Technology. In spite of having their twinning features, Aeronautical and Aerospace Engineering branches diverge in many respects in application.

Today, the aviation industry in India is at the pink of its growth. When we were left with Hobson’s choice other than the public sector owned Indian Airlines in the 80’s, the nation witnessed a sudden shift in Airline policy in the 90’s. The domestic sky was open for entrepreneurs willing to invest in the flying business. The response was astounding and the sky was lined with varied colours of private airlines. The open sky policy of the government has encouraged lots of overseas players investing in the aviation market in India. Since then, there has been no turning back in the aviation field. The sudden surge in aircrafts and investors also fortified the educational sector. Being a service that few could afford is now a ‘once upon a time story’. The sector has now been elevated to become a fiercely competitive industry with the presence of a number of private and public airlines and several consumer centric offerings.

A career in the Indian aviation market is filled with pizzazz and awe. And, it is not really difficult and unreachable as in the past. The last two years have seen the adding up of 135 aircraft to our existing fleet strength. It is expected that by 2010, India’s fleet population will be around 500-550. Airbus pegs India’s demand for airliners at 1100 aircraft, worth USD 105 billion, over the next 20 years. From the present strength of 260 passenger planes, it will have been around 1,500- 2000 in 10 years time.

India’s civil aviation passenger growth is among the highest in the world, which is 20%. New demands for air services are strong in nonmetropolitan regions as they are engaged in more diverse business. Airlines are bulking up on capacity—ten Indian carriers placed orders for 400 aircraft worth USD 15 billion. Two of India’s largest airports—Mumbai and New Delhi—have been privatised lately. Environmentally friendly airports are at hubs in southern India. Investments are pouring into almost all aspects of the industry, including aircraft maintenance, pilot training and air cargo services.

With the sector expanding at a rapid pace, the number of aircraft being used is on the rise. So is the need for pilots. Not surprisingly, India would require 7,500-8,000 pilots and thousands of well qualified aeronautical engineers. To satisfy the current demand exerted by this sector, in aeronautics, India needs expertise to meet the demands of growing domestic and international traffic within the country. Europe has the expertise in managing some of the biggest and busiest airports and associated infrastructure. By collaborating, India and Europe can greatly benefit by sharing their expertise and meeting each other’s demands in aviation. The graduates in the field of aeronautical engineering are highly valued and are currently in great demand. According to experts, the demand for the aeronautical engineers will be increasing and they will have a rewarding career. These graduates can find jobs in leading aerospace companies, armed forces, government departments like department of environment, transport, space, department of trade and industry and ministry of defence as well. The defence procurement agency, defence evaluation and research agency airline operators, regulatory authorities like civil aviation authority as well as in companies manufacturing products for supplying to the aerospace industry and companies providing technical services to the aerospace industry are also included in the list.

In the space-technology arena, India’s progress and growth have been quite impressive. Indian Space Program is indigenous with a view to providing various socio-economic developmental applications. The aim is to develop space technology, system management and new applications that are relevant for India. INSAT system has been established for communication, broadcasting and meteorology. The Indian remote sensing satellite system has been established for resource survey management. India has also acquired capability to launch satellites into Polar as well as Geo-Synchronous satellite orbits through PSLV and GSLV launchers respectively.

Over the years, considerable infrastructure and expertise are being developed within the Indian hi-tech industries for providing support to space missions (satellite and launch vehicles). The structural hardware of communication satellite is produced at Hindustan Aeronautics Ltd (HAL) which is one of the leading aerospace industries in the Asia pacific region. All the satellite structures since the experimental phase to the present operational era are produced at HAL. The satellite propulsion systems are largely taken from production capability of HAL and other private sector industrial giants like L&T, Godrej and Walchandnagar Industries. The communication payload and its components are normally made at the electronics division of HAL, BEL and also at a number of small to medium scale private enterprises.

If space has to remain as a major drive for growth issues, conductive space environment, education of the cost of access to space, global application of space technology to serve individual families and small communities throughout globe are to be addressed. After the successful launches of INSATs, IRS series and Chandrayaan-1 and the recent Mangalyan mission to MARS , by the Indian Space Research Organisation (ISRO), many avenues have opened up for Indian Space Industry. ISRO is now planning to launch Chandrayaan 2 along with various other space-faring nations. Future satellites planned for launch by ISRO will address added applications in communications, navigation, disaster management and all weather remote sensing. With these vibrant programs, there will be challenging opportunities for industries in India and abroad for providing equipment and services. Even small and medium enterprises can play a significant role. With growing use of technology in the field of infrastructure, weather forecasting, disaster management, telecommunications and agriculture, guidance services in the respective fields will be effective and easy. With the road map of Indian Space program up to 2030, India needs a lot of well qualified aerospace engineers both at undergraduate and postgraduate levels.

It is true that such a rosy and promising picture exists for the future of Aeronautical Engineers in India today. The utilisation of these opportunities will be utilised by the present and future young engineers. Yet it depends on the quality and knowledge potential of these youngsters. Theoretical and professional knowledge, leadership qualities, team spirit, managerial and effective communication skills are necessary prerequisites of a good engineer. Every young student engineer should strive to excel in their own areas of expertise. Aeronautical engineering is becoming more and more multi-disciplinary. Good mathematical background is necessary for creating innovative and optimal designs.
My limited experience as a teacher during the past few years have shown beyond doubt that those who work hard and prove themselves are well placed in various positions or pursuing higher studies in India and abroad. There is no dearth in opportunities. What we need is willpower and determination. During his tenure in ISRO he worked along with former President of India Dr. APJ Abdul Kalam in various projects.

He retired as Group Director, VSSC after 35 years of Service in ISRO.

He has Joined as Dean (Research) in ACE College of Engineering on 1st January 2015.